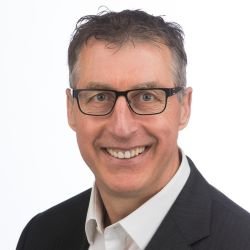 Born in 1965, Rob grew up in Hull, East Yorkshire, and after school, travelled the globe, particularly around the USA, Australia and Europe. In 1992, he qualified as a Math/PE teacher, teaching big kids how to do tough sums, pass exams, play football and throw javelins and a year later went to live the ‘expat life’ in Hong Kong, doing modelling, singing, acting, coaching, and teaching in an international school.

After a religious experience in Charlotte, North Carolina (USA), he returned to the UK in 1996 to continue his teaching career, but by 2000, Rob had taken a position as a self-employed health care adviser with BUPA. Direct sales, commission only! Great company, but Rob wasn’t cut out to be in a direct sales role – too nice!

To grow his business, Rob did a lot of networking. During a period of two years, he collected 987 business cards, went to 126 events, spent 200 hours shaking hands and £4385 on breakfasts, lunches, dinners and memberships. He won NO business and reached a critical point of ‘financial urgency’ where he knew something had to change. He resolved to become an expert at networking. It prompted him to learn everything he could on marketing and business relationships. And in just 13 months, he multiplied his income by a factor of 15!

People soon began asking Rob how he had achieved such a transformation. So in 2004, he founded his own training company specialising in showing people how to network productively and win lots more referrals. Rob now makes regular TV and radio appearances and delivers motivational talks internationally. He has written over 40 publications on business relationships and reputations, including the best-selling How to Build Your Reputation. He also writes for a range of business magazines and membership websites.