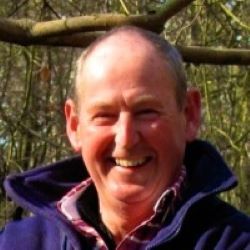 Roger began his career as an Economist with the New Zealand Treasury in 1972, then as Economist to the Air Transport and Travel Industry Industrial Training Board. In 1975 he was asked to design and run a postgraduate programme in Airline Management for British Airways which ran very successfully for 12 years at Thames Valley University.

In 1987 he joined Henley Management College to design, deliver and teach bespoke strategic management programmes. This he did for 21 years covering all sectors, but with an emphasis on Financial Services, House builders and newly privatised Utilities.

For the past seven years, Roger has worked as an Independent Behavioural Economist. He is visiting faculty at Warwick, Ashridge, Henley and Duke Business Schools. He has been External Examiner at The University of Bath, and visiting faculty at the Bank of England and the Institute of Marketing.

He specialises in making economics accessible for non-economists and helping boards think through their Strategy. He leads workshops, seminars, and delivers keynote sessions. He has worked in the USA, Middle East, Russia and SE Asia.

His book Making Sense of the Economy is in its fourth reprint, and he publishes a quarterly economic update which is read by 1200 Chief Executives.

He has a reputation for making the complex simple, producing accurate forecasts, and is one of a few Economists with a keen sense of humour.

In his spare time he is a Veteran Oarsman at Marlow Rowing Club and plays keyboards in a Rock Band.