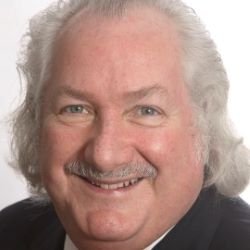 Sir Eric Peacock has been leading companies since 1970 where he cut his teeth in both consumer goods and industry supply chain for a group of businesses subsequently acquired by Hanson. He subsequently worked with James Hanson running nine businesses, acquisition spotting and integrating.

James then funded him as he set off on a serial entrepreneur route and acquired Babygro a company he took to full stock exchange listing.

He now chairman of a group of high growth businesses including Baydonhill FX, which he took to AIM listing, Award winning Stage Technologies Ltd a company in the entertainment stage automation industry, Cimex technology, Boxfield Holdings, Stevenage Packaging ltd, Buckley Jewellery and Halo International furniture. He has also grown and sold businesses in the management development area with Achieve Global whom he sold to IIP in Brussels and Hospitality Plus that he sold to VT Group.

He has just finalised a 6.5 year term as a Non-Executive Director at UKEF (United Kingdom Export Finance) supporting UK export focussed businesses and has previously been a Non-Executive at the FCO (Foreign and Commonwealth Office, BIS (Business Innovation and Skills) and UKTI (United Kingdom Trade & Industry) government departments/agencies.

Sir Eric is also focussed on philanthropy and the charity scene and is Chairman of The Peacock Foundation, Uniqueness, The AB Trust, and Zoological Society of Hertfordshire and is a Trustee of The Big Cat Sanctuary in Kent. In the first instance these charities are for disadvantaged young person’s learning and in the case of the animal charities conservation, Education, breeding and return to the wild.