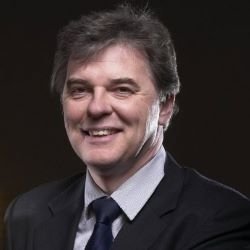 CEO and owner of Zeta Specialist Lighting. Under Phil’s stewardship, Zeta has received a number of prestigious awards recognising its success in innovation, including five DTI SMART Awards. In its silver anniversary year, the company picked up The Integration Technology Export Award at the 2014 Cherwell Valley Business Awards, and a Silver Scoot Headline Award, which recognises and rewards the successes and achievements of British businesses, large and small. In 2010, the company won funding from the Technology Strategy Board and Defra through the Small Business Research Initiative and is also involved in a three-year project with Plessey Semi-Conductors which will lead to more advanced LED technology becoming available.

In addition to his work at Zeta, Phil sits on four Boards; OxLEP, Bicester Vision, Bicester Technology Studio, Activate Learning Education Trust and he is a Governor at Oxford Brookes University.