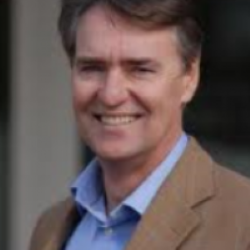 Paul’s passion today is Fredericks Foundation which he founded in 2001. Fredericks is a leading microfinance organisation that helps disadvantaged individuals enter into self-employment as a means to achieve financial independence and renewed confidence and self-esteem. It has funded almost 1000 businesses and is acknowledged as having one of the lowest cost bases for its output.

Paul is also involved with a number of businesses that he has financed including Slivers of Time, bluesource, Frank Investments,Purpose Software and Farm Power. He brought the ‘Dans le Noir’ restaurant (eating in the dark concept) to London in 2006. All Paul’s investments give 1% of their profits to the Foundation.

Paul has been granted the Queens Award for Enterprise Promotion and has won the Beacon Award for Creative Giving. In 2011 he was awarded the inaugural Entrepreneur’s Entrepreneur award.