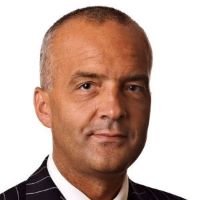 Graeme is one of Britain’s leading economists and a former Chief Economist and Director of Policy at the Institute of Directors (IoD) – between 1998 and 2014. In 2015 he formed macronomics, which is a macroeconomic, geopolitical and future megatrends research consultancy.

Graeme has substantial public policy experience having represented the IoD in discussions with the Chancellor of the Exchequer and 10 Downing Street. He is a visiting professor of economic policy and a senior fellow of the Legatum Institute in London, focussed on analysing the sources of prosperity across the globe. He is also a member of the IEA Shadow Monetary Policy Committee (SMPC) and a life fellow of the IoD. Previously Graeme has worked as chief UK economist and chief international economist at The Henley Centre, and as economic adviser to the SPI Group.

Over recent decades he has made hundreds of speeches on the economic outlook and economic policy, in 28 countries across the globe. He has also undertaken 100s of live television and radio interviews on BBC News, Sky News, Radio 4’s Today Programme and others. From 2014-2020 he wrote a weekly column for the City AM newspaper and has written numerous articles for the Daily Telegraph and The Times. Graeme is writing a forthcoming book: The Great Inflection, on the future economic and societal impact of technology.