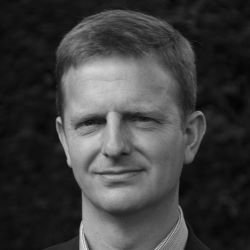 Glenn has been coaching since 2001. He was first introduced to the techniques of asking questions to surface assumptions when attending an Open University Business School MBA course on creativity, innovation and change. He was taken aback by the effect of having someone else question and challenge the beliefs, thoughts and facts that he took for granted. Taking the time to reflect on the ways he typically thought, felt and behaved quite literally opened his eyes – not only to the habits that were possibly holding him back, but also to the potential and opportunity that lay ahead of him.

That revelation spurred him on to learn more about coaching and facilitation. An initial diploma in life coaching introduced him to the literature and to neuro-linguistic programming (NLP). It also heightened his curiosity in how different people respond to coaching and whether coaching as he knew it is an appropriate change intervention for everyone. Understanding individual differences requires knowledge of psychology, and so he decided to embark on further study and began a BSc Psychology with the Open University, a diploma in executive coaching and leadership mentoring, and a primary certificate in cognitive-behavioural coaching for stress management, all over a period of 4 years.

Towards the end of reading for his psychology degree, he started to think about his next steps. With a background in leadership development and operational management gained over 20 years, including 9 years as a commissioned officer in the British Army, the logical progression was to focus his qualifications and experience on the world of work and to complete a Masters Degree in Occupational Psychology, which he did in 2010 at the University of Leicester.

Since 2010, he has continued to refine his offering in individual and group development by adding the neuroscientific basis of decision making to understanding how we think, both emotionally and logically. Applying this knowledge to individual coaching, action learning sets and group facilitation fosters a deeper and more sustainable understanding of the self and others and how we can make better decisions, manage problems and conflict, and communicate more effectively.

Glenn is supervised by an EMCC and ICF-accredited coaching supervisor, receiving 2 hours of supervision every month.