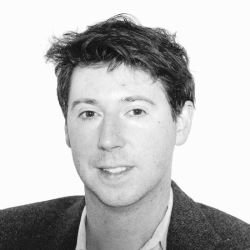 Breffni is an entrepreneur inventor with 200 inventions to his name. And like many inventors although his inventions consume every minute of his ‘spare’ time he has to earn a living through a full time job…

But maybe that is changing. A year ago Breffni found himself on an 11 hour transatlantic flight when the cabin crew announced that the video system was out of order. Ever resourceful, Breffni decided to watch videos on his iPod. Great idea, except that he ended up holding the screen upright for the whole of the flight. Not much fun.

Scroll forward a while, and Breffni the inventor has come up with a solution – the SpiderPodium. And this time he decided to take it beyond a concept / idea and try to get it to market. And as many entrepreneurs admit, success usually involves some luck. In Breffni’s case the luck came in being spotted by TV programme ‘The Apprentice’’ who were looking for products for their candidate apprentices to sell in Paris.

Great publicity, and wonderful we might all think. But how would you cope with the 10,000 orders that arrived through his website the next day? Whilst not letting down his client Cancer Research.