Manage your culture – your ‘UGRs’

During these times, your workplace culture has never been more important. Given the stress, fear and uncertainty being experienced by everyone, everywhere, it’s imperative that leaders both understand and strategically manage their culture.

While culture has been talked about a great deal in recent times, many leaders struggle to gain traction in attempts to improve it. That’s where Steve Simpson’s concept of ‘UGRs’ comes into play. UGRs – unwritten ground rules – are people’s perceptions of ‘this is the way we do things around here’. It’s the UGRs that constitute a team’s culture.

In this session with Steve, you will be introduced to the UGRs concept. Steve will share how organisations across the planet, including McLaren Automotive and Next in the UK, Kmart Australia and New Zealand, and Toyota Australia have used the concept to transform their cultures, resulting in fundamental improvements in performance.

This will have a bias to the practical!

Back to Events Listing

This event is led by 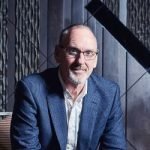